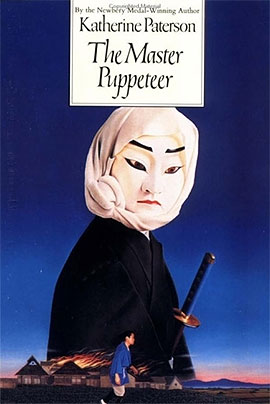 Who is the man called Saburo, the mysterious bandit who robs the rich and helps the poor of the Japanese city of Osaka? And what is his connection with the Hanaza, the puppet theater run by the harsh master of Yoshida? Young Jiro, an apprentice puppeteer, is determined to find out even though this could be very dangerous.

Meanwhile, Jiro must devote himself to learning his magnificent art. The sympathetic blind chanter, Okada, and the master’s son, Kinshi, help him. Then their sheltered life at the theater, where the members live and work, is suddenly disrupted by rioting night rovers. Finally, the seething world of the street collides with the make-believe world of the puppet theater in an unforgettable climax.