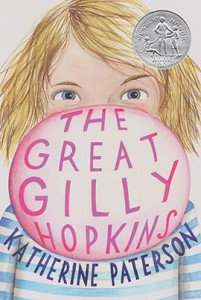 Eleven-year-old Gilly has been stuck in more foster families than she can remember, and she’s disliked them all. She has a reputation for being brash, brilliant, and completely unmanageable, and that’s the way she likes it. So when she’s sent to live with the Trotters—by far the strangest family yet—she knows it’s only a temporary problem.

Gilly decides to put her sharp mind to work and get out of there fast. She’s determined to no longer be a foster kid. Before long she’s devised an elaborate scheme to get her real mother to come rescue her. But unfortunately, the plan doesn’t work out quite as she hoped it would. . . .

The Great Gilly Hopkins Is Now a Movie!

Watch it on Amazon and iTunes.
Watch the Trailer Below.