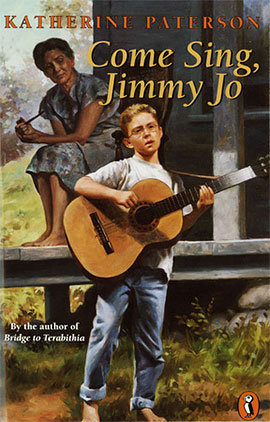 “You got the gift,” his grandma told him. But every time eleven-year-old James thought of singing and playing his guitar in front of people, he felt sick. Now, with the Family’s big chance to appear on Country time TV, James had no choice. Everything was changing: Not only did he have to leave Grandma and his mountain home, he had to change his name-for the fans, his momma said.

What if he really becomes Jimmy Jo Johnson? The crowds, the applause, and the aggressive fans frighten him. He knows that his daddy would protect him, but sometimes his momma and his uncle don’t seem to want him to be a star. How would the kids at school treat him if they found out that he is a celebrity? And who is the mysterious stranger who followed him in a pickup and waited for him at the schoolyard fence?