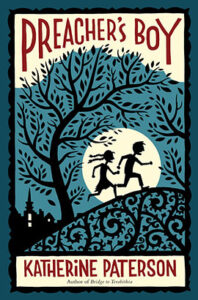 It’s the end of a century, and some say the end of an age. According to certain members of the church where Robbie’s father preaches, the end of the world may be at hand. Although Robbie has become an “apeist” after deciding God is too hard to please, he figures he’d better get in as much living as possible between now and the new year, just in case. His high-spirited and often hot-headed behavior does nothing to improve his father’s opinion of him, nor does it improve the congregation’s flagging opinion of his father. When a harebrained scheme endangers far more than his father’s precarious reputation, Robbie must choose whether or not to take responsibility for his actions-a decision that holds the life of a man in the balance.